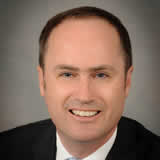 Anthony Dale brings tried and tested policy and political smarts to our board. He was appointed President and CEO of the Ontario Hospital Association (OHA) in December 2013. Before this, he served as OHA’s Vice-President of Policy and Public Affairs, managing key units of the organization, including Public Affairs, Policy, Legislative & Legal Affairs, Health Finance & Research, Hospital Business Initiatives, Patient Safety & Physician and Professional Issues. He has been with the OHA since 2004.

From 1995 to 2001, Anthony served as a political aide to Michael Harris, Ontario’s 22nd Premier, and to Elizabeth Witmer in her capacities as Minister of Health and Long-Term Care and Minister of Labour. From 2001 to 2004, he was a consultant at a leading Toronto-based public affairs firm.

From 2008 to 2011, Anthony served on the National Round Table on the Environment and the Economy. In June 2013, he was named as a part-time Governor-in-Council appointee of the Government of Canada to the Canadian Museum for Human Rights in Winnipeg.

He holds a master of public administration and a bachelor of arts (honours) in political studies, both from Queen’s University. He has also completed the Accelerated Development Programme (ADP) in general management at the London Business School.

Meet Isabella. She is the one of the 13 #youngcarers who are featured on our #podcast "Hidden: The Voices of Young Carers.' Listen to Isabella's story on all podcast platforms tomorrow! bit.ly/36yRH4F pic.twitter.com/7IAMN3ULEB

@Sara_Shear and @wwodchis share "during this current COVID-19 pandemic, as we work hard to “flatten the curve” and ensure the system is not overwhelmed, it is especially important to have a strong structure in place to care for #caregivers." Read more: bit.ly/2wsQ2Sa

Even before #COVID19, almost one-third of all Canadian adults were in a #caregiving role. Caregivers spend almost 20 hours per week on caregiving responsibilities and provide up to 75 per cent of all direct home and community care services in Canada. thestar.com/opinion/contri… pic.twitter.com/jWkNkmHTzL

As we wrap up #CaregiverDay in Ontario, we want to say thank you to all the family #caregivers out there who are doing extraordinary work, we see you and we appreciate you! Thank you for all that you do - year round but also during these unprecedented times! pic.twitter.com/adiPB3WDi3

#YoungCarer profile: Meet Aaliyah, 8, is a young carer to her sister. She is the youngest carer on the series yet manages to offer key pieces of advice to kids her age. Hear her story on the #podcast Hidden: The Voices of Young Carers: bit.ly/36yRH4F #CaregiverDay pic.twitter.com/rF33Ha4TRu

#YoungCarer profile: Meet Tyra. Tyra is 14 and a caregiver for both her grandmothers. Hear Tyra's story on the #podcast "Hidden: The Voices of Young Carers.' Listen here: bit.ly/36yRH4F #CaregiverDay pic.twitter.com/vI4c61nTJU

#YoungCarer profile: Meet Abbigail. She 15, wise beyond her years and a young carer for her twin brother. Hear Abbigail's story on the #podcast "Hidden: The Voices of Young Carers.' Listen here: bit.ly/36yRH4F #CaregiverDay pic.twitter.com/PrstdwSXLv