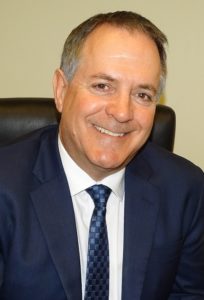 Prior to this, Pierre was the President and CEO of the Wellington Health Care Alliance, a tri-hospital alliance between Groves Memorial Community Hospital and the two sites of the North Wellington Health Care Corporation.  Over the course of his career, Pierre has also held a number of senior positions in both the public and private health care sectors including a role as special consultant to the Ontario Ministry of Health and Long-Term, Vice-President of Corporate Development at Aetna Health Management, Vice-President of Business Development at Columbia Health Care, Director of the Children’s Program at Laurentian Hospital, and Director of Administrative Services at the Royal Ottawa Health Care Group.

Pierre recently completed two three-year terms on the Board of Directors of the Ontario Hospital Association (2011-2017), serving as Chair of the Board for two one-year terms (2014-16).  During his time on the OHA Board he actively participated on all committees and served as Chair of the Executive Committee, the Election Planning Committee, the Special Committee on the Review of the Local Health System Integration Act, and was the Chair of the annual convention of the Ontario Hospital Association, Health Achieve, in 2014.  Pierre also recently completed eight years of service on the Board of the Catholic Health Association of Ontario (2009-2017), serving as Chair for three years from 2012 to 2015.

Pierre holds a Bachelor of Commerce from Carleton University and a Master in Health Administration from the University of Ottawa.

There is still time to sign up for the @IFICInfo webinar tomorrow. integratedcarefoundation.org/… The panelists include a variety of partners who share local examples of how their three Ontario Health Teams are responding to the COVID-19 pandemic in a way that advances #integratedcare. twitter.com/IFICInfo/statu…

We are a small think tank with big ideas! For 25 years by working with people from all corners of the system we have been on a journey to tackle the complexities in Ontario’s healthcare system. Together, with our partners, this commitment remains true as we look to the future. pic.twitter.com/elLAR9UxAu

Featured in the @ihpmeuoft blog: 'It’s time for health and care leaders to hit the reset button and come together as one system, one team' Jodeme Goldhar shares her reflections on the importance of #codesign. Read the blog here: bit.ly/2yBz1X2 pic.twitter.com/QOdr3nFyvI