Often, it takes a spark — a burning platform – to make transformational change in our healthcare system. When there’s a lack of a major crisis or tragedy, there’s often the lack of wherewithal or ability to upend the status quo. So I wasn’t surprised to hear how concerns about a failing social services system was “the burning platform” to integrate health and social services in a small town in England.

It’s an expression you hear all the time when people get together to talk about improving healthcare. We need a burning platform, someone inevitably says, then we could get something done.

While it’s true a crisis often drives reform, it’s a pretty grim metaphor — do we really want to achieve better care in the future by having things spin out of control now? And what are we saying to people who are struggling with the system as it is when we imply regret that in Canada we can’t seem to manage anything worse than a smoulder?

Discussions often centre around what some Ontario organizations are doing to promote integrated care, or how badly the system is failing to deliver it for some patients. But the more I thought about it, the more I wondered whether it’s the right metaphor. We can debate whether Ontario has a burning platform in healthcare but the visual for me is different. I think what we have is a cracked foundation: somewhat hidden and getting worse.

The last decade of policy “reform” has focused on better integrated care across multiple access points – primary care, hospitals, home and community and long term care. No one is arguing we have achieved success yet. But, it’s clear the emphasis is on living longer at home and in the community, with proper support. This hasn’t completely arrived and the cracks are beginning to show, particularly as the load for basic care is shifting to families and friends – supported or not.

At The Change Foundation, we hear this again and again in speaking with caregivers and providers. Caregivers talk about increasing levels of stress and burnout and providers recognize people need support but don’t know how to access it and don’t have time to research local resources – if they exist.

The thing about a cracked foundation is that it’s easy to ignore even though the homeowner knows it’s there. You may choose to do nothing about it, but you know the house is crumbling. The floor sags, doors won’t close, lines creep across the walls, yet the house keeps standing. Until it doesn’t.

At the Change Foundation, we are working to change this. Four Changing Care teams are working directly with their family caregivers and their professional staff to fix that foundation. We are looking forward to showcasing their innovations. Some simple fixes perhaps but necessary repairs. 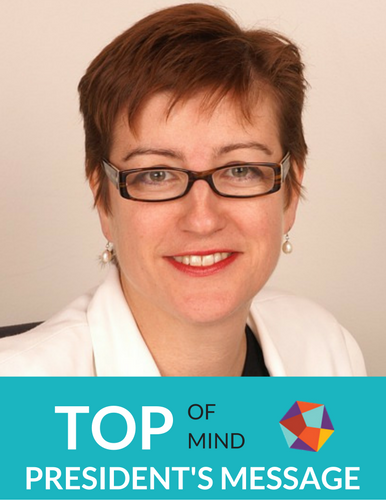