News & Events > What are the impacts of being a caregiver on a young person?

What are the impacts of being a caregiver on a young person? 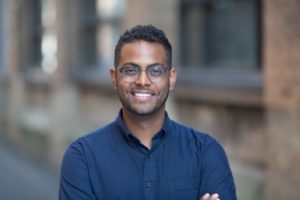 The opinions expressed in this blog post are those of the author and do not necessarily reflect those of The Change Foundation.

When I talk about the impacts of being a young carer, my lived experience sheds light on how complex it is.

I was 10 years old when I became aware of how different my home life was from my peers’. My parents were refugees who fled war in Ethiopia and Eritrea, and they struggled to adjust to life in Canada. Taking care of my family was not a conscious choice at first, it was just the way things were. I got so used to doing things for my parents that it became baked into my identity.

One memory of caring for my parents that I look fondly back at now was when I was in the sixth grade. My father was attending night school to get his GED, and his English classes were difficult. He came home after class one night and slapped a book and papers onto the kitchen table. “Please my son.” He speaks English mixed with Tigrinya when he’s frustrated. “Aytered’anin (I don’t understand). Read this and tell me what is this.”

The book was Hemingway’s The Old Man and the Sea, along with instructions from his instructor for a 2500-word essay. There was no other choice – I was compelled to help him. I enjoyed the reading, and he got a B+ on that paper.

This was the norm for me – translating for my parents, answering phone calls, writing letters, et cetera. All this extra work came at a cost though. At school, I was exhausted from having spent many nights staying up to help my parents with various things. I dozed off in class which got me in a bit of trouble, but I never explained why I was so tired. I didn’t want anyone to know that I was different; I just wanted to fit in. As far as I knew I was the only one among my mostly homogenous, upper-middle-class classmates who had to do these things for their parents.

As I had already accepted the role of a support person in my family, when my mother was diagnosed with a brain tumor it altered my life course. I was in my first year of university when she received the diagnosis, and my caring responsibilities and coping efforts grew to a point that I could not sustain my studies and also be there for her. I eventually dropped out.

I got through this tough time with support from The Young Carers Project of Waterloo region. Their participatory action research project on young carers’ experiences produced some helpful tips on how to support young carers, which you can check out here. They asked the right questions and supported me in the way that I needed to be supported.

Looking back on my life shows me how positive and negative young carer outcomes can be two sides of the same coin. Sometimes, being a young carer can be lonely and isolating, and at other times it can be a life-giving and affirming experience. Despite the hard times, I was proud of what I could do for my family, and I attribute my greatest strengths to my experience as a young carer.

How is a young carer’s role different than the role of an adult caregiver?

One of the main differences is that it is socially accepted for adults to care for others; as a result, young carers are often overlooked and are far more hidden than their adult counterparts.[1] [2]

There are times when the young carer role blurs parental lines, and there is sometimes a lot of shame and guilt within families who have a young person caring for other members, further masking young carers in the home.[3] [4] In addition, young carers have developmental stages and milestones that can be interrupted, sped up, and/or missed as a result of their caregiving.[5] Dedicating time and energy to caring for family members, especially at a younger age, can mean time away from just growing up and forming an identity and agency that isn’t bound to another person.[6]

How do we build awareness and understanding of young carers?

These three things are interrelated and impact one another, but the greatest awareness begins with legislation.

Social policy at the provincial and/or federal level that focuses on young carers would be a game-changing development. Our friends across the pond have The Children and Families Act and Care Act, and it opened up a whole world of support and awareness of young carers in the UK.

There are only a handful of programs and groups in Canada that are directly working with, or are focused on mobilizing supports for, young carers. Groups such as the Powerhouse Project – Young Carers Initiative, the Young Carers Program, and the Young Carers Project have been doing this work in Ontario for a long time (see this inventory for a complete list). These groups are trailblazers in our province, and we need to highlight the work they do so that other groups can follow their lead.

Change is needed. Where do we start?

As we heard in the tweetchat some good places to start are within schools, healthcare and social services. Integrating supports and fostering partnerships within and across these systems will be crucial for creating lasting change.

To this end, last year The Change Foundation brought many stakeholders together at their Young Carer forum, and a lot of connections were made. I’d like to see more collaborations between young carers, researchers, policy makers, education and health care providers.

I get really excited when I think about the potential for interdisciplinary efforts that use technology to create accessible and user-friendly projects. Phone based-apps, video games, art installations across various mediums – these are approaches that are modern, creative and unique that have the potential to meaningfully engage young carers, their families and the wider public.

Ideally, future progress will be driven by young carers who self-identify and self-advocate. This is much more likely to happen when there are more effective allies in communities who can empower and uplift young carers to use their voices and create change.

Fitsum Areguy is a young carer who was heavily involved in The Change Foundation’s 2017 Young Carers Forum – the first event of its kind in Ontario – and who co-moderated The Change Foundation’s Young Carer Awareness Day tweetchat in 2018. Fitsum is a graduate of the Recreation and Leisure Studies program (Specialization in Therapeutic Recreation) at the University of Waterloo. He is one of ten recipients of the Ontario Medal for Young Volunteers in 2016 for his work with the Young Carers Project.

Charles, Grant, and Tim Stainton and Sheila Marshall (2012), Young Carers in Canada: The Hidden Costs and Benefits of Young Caregiving, The Vanier Institute of the Family.

Moore, Tim, and Morag McArthur (2007), “We’re all in it together: Supporting young carers and their families in Australia,” Health & social care in the community. 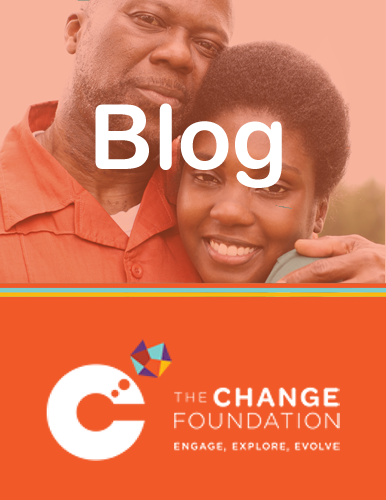