Imagine a health care world where the term “visiting hours” doesn’t exist and caregivers or family members of people with dementia are invited to stay with their loved one in hospital.

Open visiting hours may still be a work in progress in Ontario, but thanks to a small but very powerful grassroots movement, it’s a reality in over 400 hospitals in the United Kingdom.

John’s Campaign was born out of Nicci Gerrard’s experience watching her father John’s rapid decline during an extended hospital stay. At 86, John, who had been living with dementia for over a decade, was brought into hospital to be treated for debilitating leg ulcers. During his stay, an outbreak of norovirus within the hospital kept Nicci and the rest of John’s family from visiting. As time went on, John’s cognitive and physical condition began to decline rapidly and he had little contact with any family or friends. Five weeks later, although fully recovered from his leg ulcers, John left the hospital immobile frail and unable to perform even the simplest tasks he had been able to partake in just five weeks earlier.

For Nicci, seeing this change in her father was heartbreaking. However, what was more shocking was just how common this experience was for people living with dementia and their families. Recognizing this as an important issue, Nicci took action.

Fortunately, she didn’t have to look far for a model that works. In the pediatric system, parents are encouraged to stay with their children in hospital to help them feel safe and comfortable in a strange environment. But Nicci wondered: why not take a similar approach for dementia patients who may become confused, scared, or agitated when left alone in hospital?

The premise of the campaign is simple: open visiting hours for people providing care for someone with dementia. Their tagline “Stay With Me” calls for families and caregivers of people with dementia to have the same rights as the parents of sick children, and be allowed to remain in hospital for as many hours as needed. It may sound simple, but for caregivers it makes a world of difference.

“Carers should be allowed to stay with those suffering from dementia. It should not be a duty but an inalienable right, a matter of moral decency and simple human kindness,”

While the campaign is primarily centred around an influential presence on Twitter (@JohnCampaign), in just over two years, 407 hospitals have joined a growing coalition that supports a more carer-friendly healthcare environment. Though the Campaign’s main focus is to get hospitals to sign on for open visiting hours, this has also led to a much broader system-wide commitment to recognizing and meeting the needs of carers.

The campaign has achieved such unprecedented success and momentum that in early October 2016 it hosted its first conference. With over 150 health care providers in attendance, and countless caregivers and family supporters, the conference allowed families to share their experiences and unite their voices on the major issues the campaign addresses. It also provided a much needed forum to discuss what’s next for this simple yet transformative cause.

John’s Campaign first came to the attention of The Change Foundation during a recent trip to the UK to meet with caregiver-focused organizations. During the trip, Foundation staff, including President and CEO Cathy Fooks, was struck by the campaign’s power to create system-level change through a grassroots movement.

As The Change Foundation partners with Ontario health care delivery/service organizations to actively integrate, recognize and support caregivers in the important role they play within the health care system, this movement serves as an important reminder of the powerful influence grassroots action can have in shaping and changing formal health care structures. 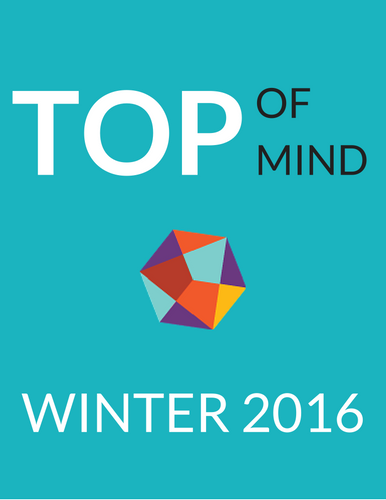