For author and academic Katherine Arnup, her journey as a family caregiver started with a promise to her sister Carol.

The promise had been made in 1990, after Katherine’s mother, her family’s main caregiver and support person, suffered a debilitating brain aneurism.

“She had always been the caregiver.  You always knew, even as an adult, you could call her if you had a cold or were sick and she would care,” says Katherine.

Spurred on by this devastating event, and their close sibling relationship, Katherine and Carol pledged that if either became seriously ill, the other would act as caregiver.

“It felt real to say that,” says Katherine, “but I didn’t expect to be called into action quite so soon.”

Just seven years later in January 1997, Carol would be diagnosed with cancer for a third time, and Katherine quickly took on the role she had promised.

Thanks to a sabbatical from Carleton University, Katherine was able to shuttle herself between her home in Ottawa and Toronto on a weekly basis. There, she organized care, prepared food, and spent time with Carol, one of her closest friends.

“I felt like I knew what Carol needed,” says Katherine, “It was our close connection and the love that I had for her that enabled me to clear away everything else in my life so she could get what she needed. Sadly, Carol would progress to end of life care by April, ultimately dying in July 1997.

Through this experience, Katherine found herself occupying multiple roles for her sister. Not only was Katherine one of her sister’s main sources for care, but she was also a confidante and advocate, roles that may not be evident to the broader public.

“For me it just seemed natural,” says Katherine, “However, if people haven’t been a caregiver for someone, I don’t know that they realize they’re going have to advocate in the hospital.”

“[Their loved one] is going to need someone who is willing to go fight for them and raise their concerns and their interests.”

However, Katherine was also forced to face her longstanding fear of death as part of her caregiving journey.

“Death had been scary in the abstract,” says Katherine. “But I knew that I needed to be up for it to be able to help [Carol] and be with her.”

To overcome her fear, and to reassure Carol, Katherine read as much as she could on death and dying, as well as anything on her sister’s disease. Nearing the end, Katherine also found support from Carol’s palliative care nurse, who guided her through Carol’s last days and hours.

In terms of her own health, Katherine made a conscious effort to have dinner with friends in Toronto regularly, and seek out support from friends and family in Ottawa, including her young children.

Today Katherine is dedicated to sharing her experience with caregivers through lectures and her book “I don’t have time for this!” A Compassionate Guide to Caring for Your Parents and Yourself.

“I wrote it largely to offer support and help to caregivers and it draws on my experiences caring for my sister and my parents,” says Katherine.

Now a volunteer at Ottawa’s Hospice at May Court, Katherine says the main lesson she’s gained through her caregiving journey is to provide dignity and respect for those you care for.

“It’s important to give the person you care for as much dignity and respect you can. They’re looking for a little control over their lives as they lose a lot of it,” says Katherine.

“It’s the little things that count.”

Katherine Arnup, PhD, is an academic, family caregiver, life coach, and author of “‘I don’t have time for this!’A Compassionate Guide to Caring for Your Parents and Yourself. She will be one of three speakers at The Change Foundation’s Hot Talks on Health event on April 27th. 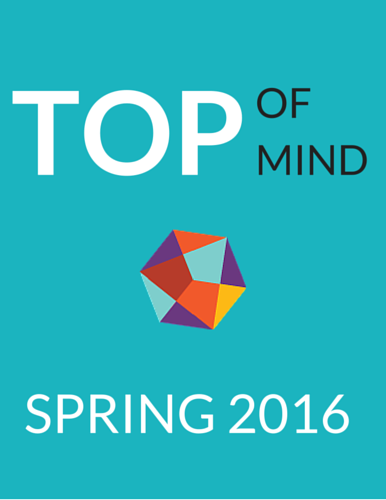