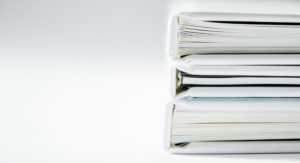 Over the last few years, governments around the world have started taking action to improve legislative and policy supports for caregivers. As part of our research and discovery work, The Change Foundation took a closer look at some of the recent changes in legislation and policy worldwide. Although we found promising policy developments in many jurisdictions, there were three recent changes gaining momentum in the U.S., Canada, and Scotland which were the most relevant for our work, which are summarized below.

In 2014, Oklahoma enacted the Caregiver Advise, Record, Enable (C.A.R.E.) Act, an interesting approach to recognizing the caregiver as part of the care team. The Act requires hospitals and rehabilitation facilities to allow patients to designate a caregiver when the patient is admitted, and hospitals must inform the designated caregiver when a patient is being discharged. As part of the discharge process, hospitals must also consult with the caregiver to describe the patient’s aftercare requirements.  Within the past two years, 21 more states have signed the C.A.R.E. Act into law, six states have passed the bill, and four states have introduced the bill into the legislature, signaling strong support for its measures nationwide.

In early 2016, the Canadian Federal Government announced a significant expansion of compassionate care benefits from six weeks to 26 weeks. Compassionate care benefits are Employment Insurance (EI) benefits paid to people who have to be away from work temporarily to provide care or support to a family member who is gravely ill. The policy change signaled an intention to alleviate the financial burden of taking time off work to provide care or support to family and friends.

As part of the Scottish Government’s vision of healthier and fairer Scotland, Scotland’s Carer’s Act came into force in 2016. Following the momentum of England’s noteworthy Care Act 2014, the Act will formally give caregivers rights in law for the first time in Scotland. The Act includes provisions for local authorities to involve caregivers in the planning of service delivery, create specific support plans for both adult and young carers, and create an information and advice service for local carers to access. As part of the legislation, carers have expanded rights and control over their health care and that of the person they care for.

Though only three examples among many, these policy development help to illustrate the larger momentum shift towards better supporting family caregivers.

The Change Foundation plans build and drive this moment in Ontario through our Changing CARE initiative which will invest in innovative projects designed to improve the experience of caregivers in Ontario. As we do so, we will continue to track developments in in other jurisdictions as they develop new policies, programs, legislation, and supports that recognize and support caregivers.