In November 2017, The Change Foundation hosted Ontario’s first Young Carers Forum – bringing together 20 young carers and over 60 professionals, policy makers and researchers to talk about priority actions needed to support young carers in the important role they play in health care, in society and at home.

Through the discussions, the following five priority areas for action were identified and voted on by all participants: 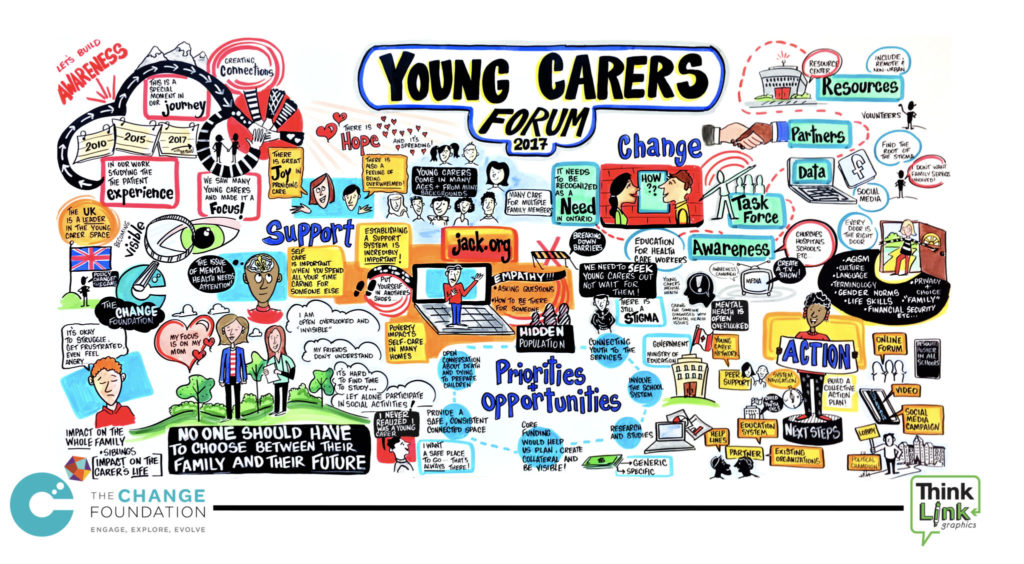 Ontario young carer Stephane answers –
What advice do you have for other young carers?

Ontario young carer Alissa answers –
How do you cope with being a young carer?