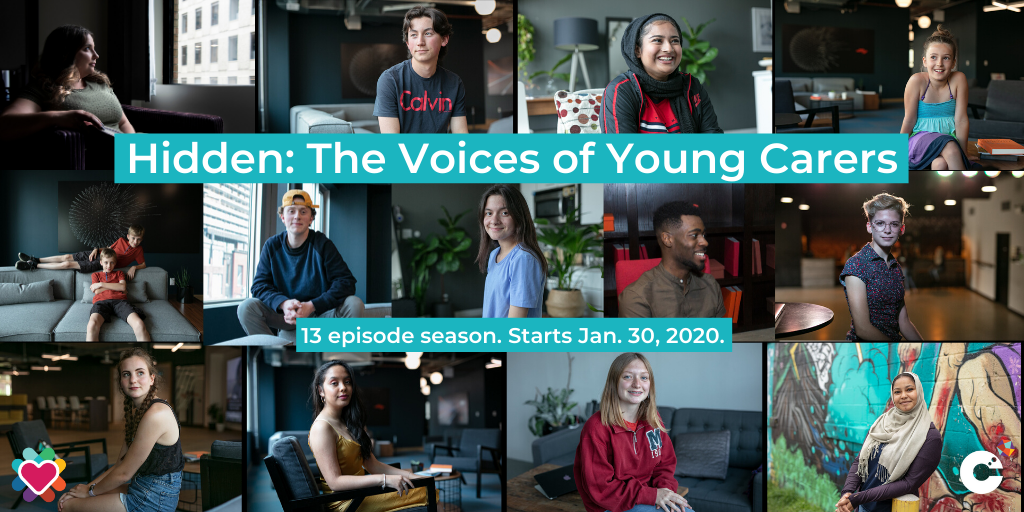 By telling the stories of young carers across Ontario, we hope to shine a light on this often hidden group of caregivers.

A young carer is a child, youth or young adult that provides physical, medical, emotional or other supports to a parent, grandparent or sibling. While most young carers are between the ages of 8 and 24 years old, we know kids as young as 5 years old are in a caregiving role. Ontario has an estimated 3.3 million family caregivers — 17% are young carers between the ages of 15 and 24. There are many more left out of the statistics, as there is no data for young caregivers under the age of 15.

In Hidden: The Voices of Young Carers, we invite you to meet 13 strong, powerful and outspoken young carers who, through their stories, are helping others and raising the profile of young carers.

We thank all of the young carers who shared their stories, our host Sonya Singh and our collaborators – Young Carers Program at Hospice Toronto, Young Caregivers Association, Heart House Hospice and Roger Neilson House – who helped us create this podcast series.

Beginning January 30, 2020 for #YoungCarersAwarenessDay and subsequently for 12 weeks afterward until April 23, we will be launching a new podcast episode every Thursday. Please note that we paused the release of new episodes due to COVID-19 and will be resuming again on April 9. The last episode will now be shared on May 14.

The podcast series will be available on all streaming platforms. 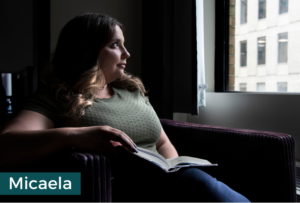 Since she was 12 years old, Micaela has taken care of her father, who suffers from mental health and substance abuse issues. She quickly became responsible for managing the household, taking on responsibilities such as cooking meals and providing care for her siblings, while also navigating school and friends. What was most challenging to Micaela was not being able to identify what her role was. She didn’t seek out the proper support because she didn’t identify as a caregiver, so it was not clear to her where to turn to for help – something that happens to many young caregivers.

Bringing awareness to the role of a young caregiver is one of the reasons Micaela took part in the podcast. She thinks if people better understand what’s involved in being a caregiver, more young caregivers will receive the support they need. 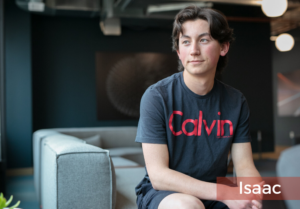 Isaac, 16, was a caregiver for his mother after she was diagnosed with cancer. Isaac discusses his role as a young carer and older brother to his siblings while balancing his responsibilities in sports, school and transitioning into high school.

Isaac shares how he wants to be sure his siblings recognize their feelings and not try to hide them. He provides tips on self-care and how to make time for it recognizing that sometimes the person you used to go to for the support might be gone. Finally, Isaac reflects how his relationship with his Dad and roles in the home have evolved since his mother’s passing. 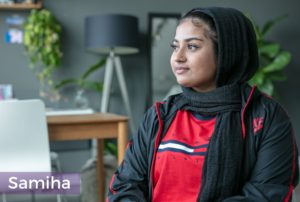 When Samiha was 12 years old, her mom was diagnosed with ALS. While most kids her age were focused on school and friends, at a young age she became responsible for helping her mom with everything.

Now 19 years old, Samiha looks back on the experience and sees how being a caregiver at such a young age has impacted her life. Today, she tries to provide the best care for her mom when she can but it’s difficult as she is now attending university and trying to focus on her studies. Samiha shares how she struggled with the idea of going off to university and becoming a long-distance caregiver and offers her advice to other young carers.

Abbigail, 15, is a caregiver for her twin brother and is wise beyond her years.

In this episode she describes how she only wants other people to understand what she and other young carers go through. “It is normal for me,” Abbigail says. Andrew was diagnosed at age five with Tourette syndrome and more recently with disruptive mood dysregulation disorder, both of which cause him to have vocal outbursts. Abbigail is first and foremost Andrew’s sister but also recognizes her role as a caregiver too.

Aaron and Aidan, 10, are caregivers for their other brother. The boys talk about their triplet Zachary, how smart he is, how they enjoy about spending time together and how they help and protect Zachary. 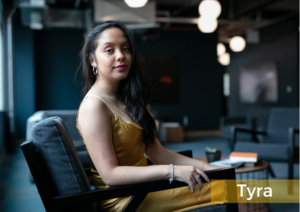 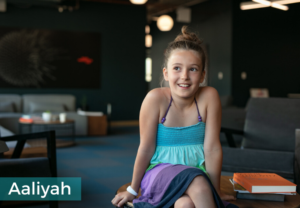 Aaliyah, 8, is a young carer to her sister. She is the youngest young carer on the series yet manages to offer key pieces of advice to kids her age. Find out how she balances being a young carer and sibling – plus you can find out her superpower name!

Isabella, 16, is a caregiver for her brother. She discusses her protective demeanor, how she balances activities with her friend, responsibilities at school and how her relationship is unique as a sister, twin and caregiver to her brother. 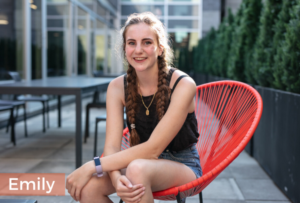 Emily, 22, is a caregiver for her mother who has young-onset dementia. Emily discusses the significance of her role as a young carer and how she doesn’t let it control her identity. Emily shares how she balances travelling to and from university on the weekends to care for her mother and how is learning to appreciate the time she has with her mom now, realizing she won’t be here for forever. 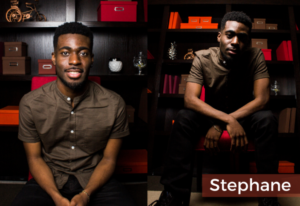 Stephane, 25, is a caregiver for his brother. Stephane is a strong advocate and ambassador for young carers. He shares his turning point for when he decided to share his role as a young carer with his friends, how being a young carer made him grow up much faster and finally he offers insights on how others can stay optimistic in young carer roles. 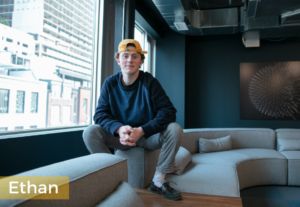 Ethan, 16 is a young carer for his sister. Ethan shares insights into his relationship with his sister, how he manages difficult conversations with his peers and strangers and offers advice to others and finally what his sister has taught him over the years. 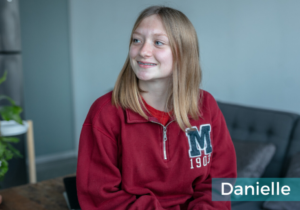 Danielle, 15, is a caregiver for her sister. Although she is the younger sister, she says she often acts as the older sibling and must do things to help her sister out. Danielle shares how she manages relationships with her friends and how sometimes she has to miss out on things that most kids enjoy. 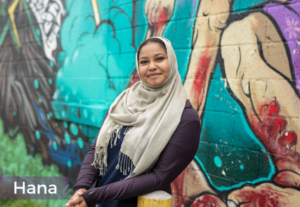 Hana, 21, is a caregiver for her father. Hana also has the role as a translator for both her parents. Hear from Hana on how she deals with taking on adult responsibilities as a daughter, a young carer, a cultural navigator and translator of complex medical information for her family. 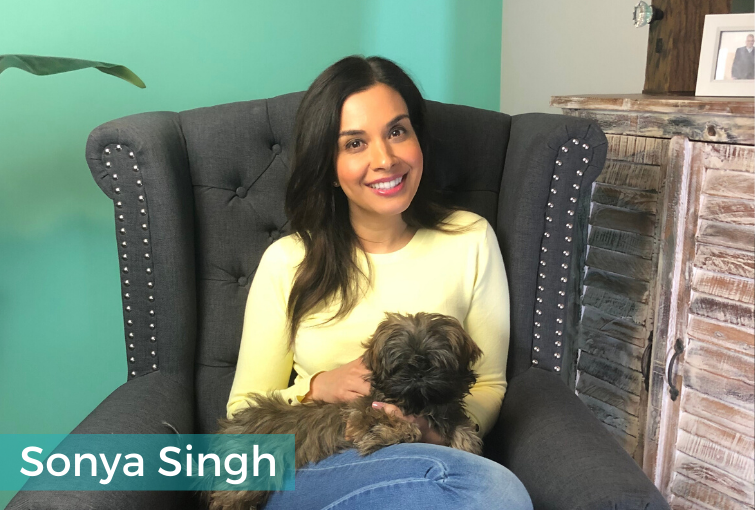 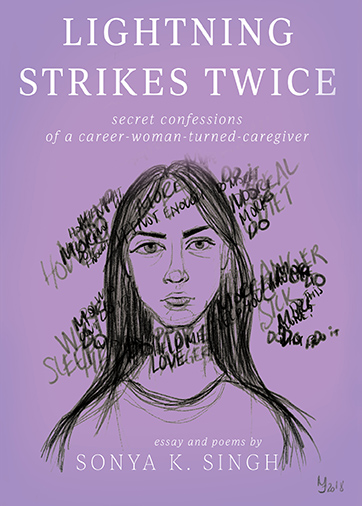 Sonya Singh is a former reporter and media executive who recently published an award-winning book of poems about her experience as a caregiver.

Lightning Strikes Twice is a candid poetic memoir of a daughter providing care to her loving parents.

Sonya has been on a mission to bring awareness to caregivers through her many media appearances and public appearances.

As the host of Hidden: The Voices of Young Carers, she wanted to create a series dedicated to caregivers at any age. 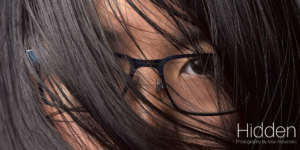 Hidden is a photographic portrait exhibition led and inspired by Hospice Toronto’s Young Carers Program (YCP) and photographed by award-winning photographer, Max Alexander. The exhibition displays portraits of Young Carers living in Ontario and shares their hidden lives as caregivers. Hidden highlights the challenges that Young Carers face, the personal cost of their caring responsibilities and their plans for the future.

The hope is that this exhibition alongside the Hidden Voices Podcast will mobilize awareness of Young Carers across Ontario and help to build networks and systems for identifying and supporting Young Carers and their families.

Access the details of where you can catch the Hidden Exhibition. 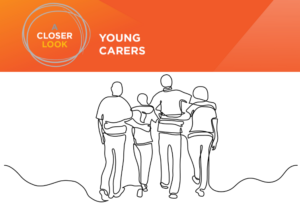 We invite you to learn more about the caregiving experience specifically for young carers through our Spotlight on Ontario’s Caregivers report and other information on Ontario’s young carers.