In June 2011, we announced TCF’s single largest and most ambitious project to date: Partners Advancing Transitions in Healthcare (PATH). PATH engaged and supported a community coalition of cross-sector providers and seniors/caregivers to redesign how care is delivered, addressing problems that were identified together.

Between 2012 and 2014, TCF worked with one community/region in Ontario – Northumberland, Ontario – that was committed to working differently to design changes to improve people’s healthcare experiences moving across the continuum of care. As a result of PATH, patients, caregivers and providers co-designed the following solutions:

TCF’s formal involvement in PATH ended in 2015. In March 2016, the PATH project partners (see the full list below) announced a new initiative with the Ontario Centres of Excellence and the Ontario Telemedicine Network that would continue elements of the initial PATH project.

For more information on the current state of the PATH project, please visit the Northumberland Hills Hospital website at www.nhh.ca. 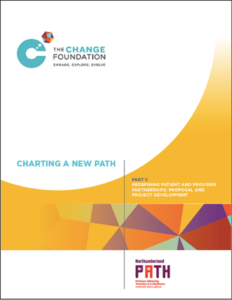 Charting a New PATH is a three-part report that describes what TCF learned as participants in, and funder of, the PATH project. The reports describe the process of developing the PATH proposal and overall project, and the overall lessons we learned working with patients, family caregivers, and providers throughout the project. We have reflected on the major achievements, the unexpected opportunities, as well as which of our ambitions weren’t fully realized. PATH was an extreme learning and growing opportunity, and it’s in that spirit that we present our findings.

In addition to the seniors and family caregivers involved in the PATH project, The Change Foundation also acknowledges the important work of the Northumberland Community Partnership, the 12 project partners involved in PATH.

During the project, the Northumberland Community Partnership developed a regular e-newsletter to area residents and others interested in following PATH’s progress as well as opportunities to become involved. Below is an archive of the 10 issues developed by the community partnership that follow PATH’s development.

See and hear from the people who experienced PATH first-hand in the videos below – as participants, as facilitators, and as funders. 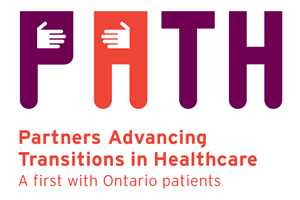